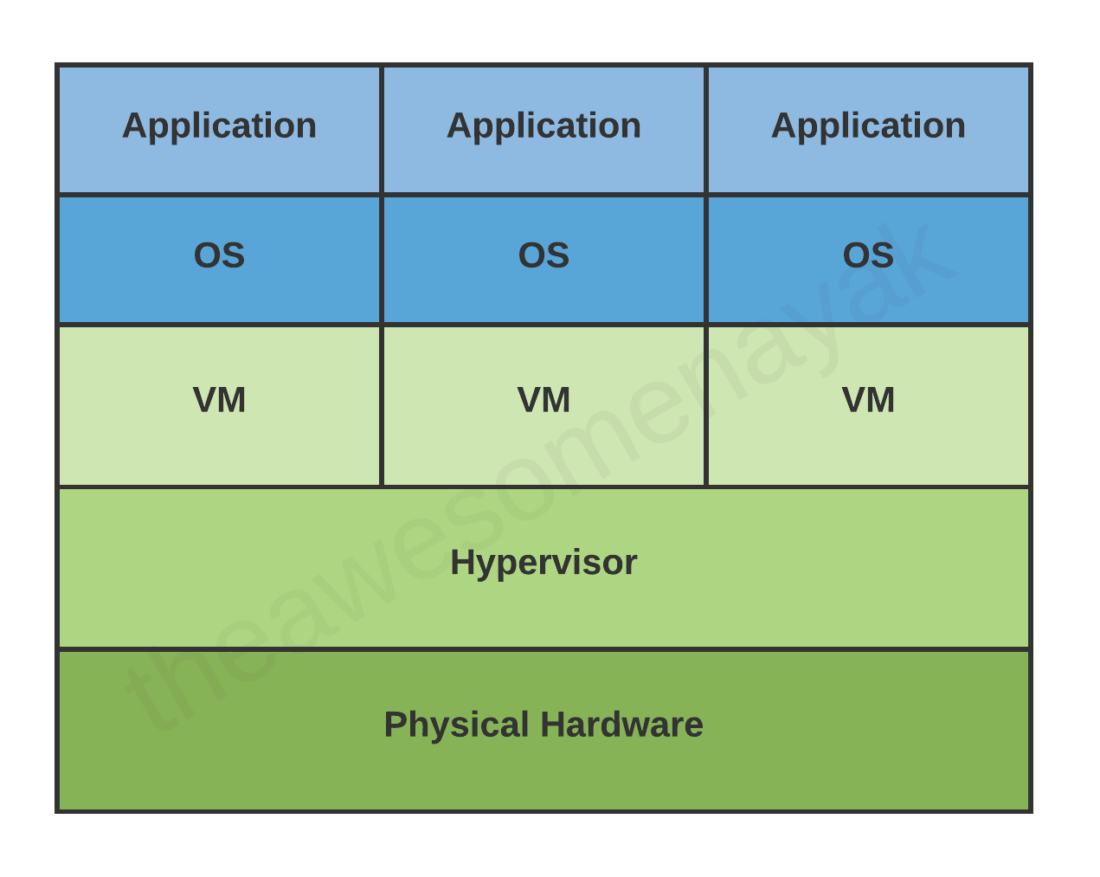 Whether you have used Java to develop programs or not, you might have heard about the Java Virtual Machine (JVM) at some point or another.

JVM is the core of the Java ecosystem, and makes it possible for Java-based software programs to follow the “write once, run anywhere” approach. You can write Java code on one machine, and run it on any other machine using the JVM.

JVM was initially designed to support only Java. However, over the time, many other languages such as Scala, Kotlin and Groovy were adopted on the Java platform. All of these languages are collectively known as JVM languages.

In this article, we will learn more about the JVM, how it works, and the various components that it is made of.

Before we jump into the JVM, let’s revisit the concept of a Virtual Machine (VM).

In programming languages like C and C++, the code is first compiled into platform-specific machine code. These languages are called compiled languages.

On the other hand, in languages like JavaScript and Python, the computer executes the instructions directly without having to compile them. These languages are called interpreted languages.

Java uses a combination of both techniques. Java code is first compiled into byte code to generate a class file. This class file is then interpreted by the Java Virtual Machine for the underlying platform. The same class file can be executed on any version of JVM running on any platform and operating system.

Similar to virtual machines, the JVM creates an isolated space on a host machine. This space can be used to execute Java programs irrespective of the platform or operating system of the machine.

Let’s take a look at each of them in more detail.

When you compile a .java source file, it is converted into byte code as a .class file. When you try to use this class in your program, the class loader loads it into the main memory.

The first class to be loaded into memory is usually the class that contains the main() method.

There are three built-in class loaders available in Java:

The JVM uses the ClassLoader.loadClass() method for loading the class into memory. It tries to load the class based on a fully qualified name.

After a class is loaded into memory, it undergoes the linking process. Linking a class or interface involves combining the different elements and dependencies of the program together.

Verification: This phase checks the structural correctness of the .class file by checking it against a set of constraints or rules. If verification fails for some reason, we get a VerifyException.

For example, if the code has been built using Java 11, but is being run on a system that has Java 8 installed, the verification phase will fail.

Preparation: In this phase, the JVM allocates memory for the static fields of a class or interface, and initializes them with default values.

For example, assume that you have declared the following variable in your class:

During the preparation phase, JVM allocates memory for the variable enabled and sets its value to the default value for a boolean, which is false.

Resolution: In this phase, symbolic references are replaced with direct references present in the runtime constant pool.

For example, if you have references to other classes or constant variables present in other classes, they are resolved in this phase and replaced with their actual references.

For example, when we declared the following code earlier:

The variable enabled was set to its default value of false during the preparation phase. In the initialization phase, this variable is assigned its actual value of true.

Note: the JVM is multi-threaded. It can happen that multiple threads are trying to initialize the same class at the same time. This can lead to concurrency issues. You need to handle thread safety to ensure that the program works properly in a multi-threaded environment.

There are five components inside the runtime data area:

Let’s look at each one individually.

All the class level data such as the run-time constant pool, field, and method data, and the code for methods and constructors, are stored here.

If the memory available in the method area is not sufficient for the program startup, the JVM throws an OutOfMemoryError.

For example, assume that you have the following class definition:

In this code example, the field level data such as name and age and the constructor details are loaded into the method area.

All the objects and their corresponding instance variables are stored here. This is the run-time data area from which memory for all class instances and arrays is allocated.

For example assume that you are declaring the following instance:

In this code example, an instance of Employee is created and loaded into the heap area.

The heap is created on the virtual machine start-up, and there is only one heap area per JVM.

Note: Since the Method and Heap areas share the same memory for multiple threads, the data stored here is not thread safe.

Whenever a new thread is created in the JVM, a separate runtime stack is also created at the same time. All local variables, method calls, and partial results are stored in the stack area.

If the processing being done in a thread requires a larger stack size than what’s available, the JVM throws a StackOverflowError.

The Stack Frame is divided into three sub-parts:

For example assume that you have the following code:

In this code example, variables like answers and score are placed in the Local Variables array. The Operand Stack contains the variables and operators required to perform the mathematical calculations of subtraction and division.

Note: Since the Stack Area is not shared, it is inherently thread safe.

The JVM supports multiple threads at the same time. Each thread has its own PC Register to hold the address of the currently executing JVM instruction. Once the instruction is executed, the PC register is updated with the next instruction.

The JVM contains stacks that support native methods. These methods are written in a language other than the Java, such as C and C++. For every new thread, a separate native method stack is also allocated.

Once the bytecode has been loaded into the main memory, and details are available in the runtime data area, the next step is to run the program. The Execution Engine handles this by executing the code present in each class.

However, before executing the program, the bytecode needs to be converted into machine language instructions. The JVM can use an interpreter or a JIT compiler for the execution engine.

Another disadvantage of the interpreter is that when a method is called multiple times, every time a new interpretation is required.

The JIT Compiler overcomes the disadvantage of the interpreter. The Execution Engine first uses the interpreter to execute the byte code, but when it finds some repeated code, it uses the JIT compiler.

The JIT Compiler has the following components:

To better understand the difference between interpreter and JIT compiler, assume that you have the following code:

An interpreter will fetch the value of sum from memory for each iteration in the loop, add the value of i to it, and write it back to memory. This is a costly operation because it is accessing the memory each time it enters the loop.

However, the JIT compiler will recognize that this code has a HotSpot, and will perform optimizations on it. It will store a local copy of sum in the PC register for the thread and will keep adding the value of i to it in the loop. Once the loop is complete, it will write the value of sum back to memory.

The Garbage Collector (GC) collects and removes unreferenced objects from the heap area. It is the process of reclaiming the runtime unused memory automatically by destroying them.

Garbage Collections is done automatically by the JVM at regular intervals and does not need to be handled separately. It can also be triggered by calling System.gc(), but the execution is not guaranteed.

Note: There is another type of garbage collector called Concurrent Mark Sweep (CMS) GC. However, it has been deprecated since Java 9 and completely removed in Java 14 in favour of G1GC.

At times, it is necessary to use native (non-Java) code (for example, C/C++). This can be in cases where we need to interact with hardware, or to overcome the memory management and performance constraints in Java. Java supports the execution of native code via the Java Native Interface (JNI).

JNI acts as a bridge for permitting the supporting packages for other programming languages such as C, C++, and so on. This is especially helpful in cases where you need to write code that is not entirely supported by Java, like some platform specific features that can only be written in C.

You can use the native keyword to indicate that the method implementation will be provided by a native library. You will also need to invoke System.loadLibrary() to load the shared native library into memory, and make its functions available to Java.

Native Method Libraries are libraries that are written in other programming languages, such as C, C++, and assembly. These libraries are usually present in the form of .dll or .so files. These native libraries can be loaded through JNI.

In this article, we discussed the Java Virtual Machine’s architecture and its various components. Often we do not dig deep into the internal mechanics of the JVM or care about how it works while our code is working.

It is only when something goes wrong, and we need to tweak the JVM or fix a memory leak, that we try to understand its internal mechanics.

This is also a very popular interview question, both at junior and senior levels for backend roles. A deep understanding of the JVM helps you write better code and avoid pitfalls related to stack and memory errors.

Thank you for staying with me so far. Hope you liked the article. You can connect with me on LinkedIn where I regularly discuss technology and life. Also take a look at some of my other articles and my YouTube channel. Happy reading. 🙂 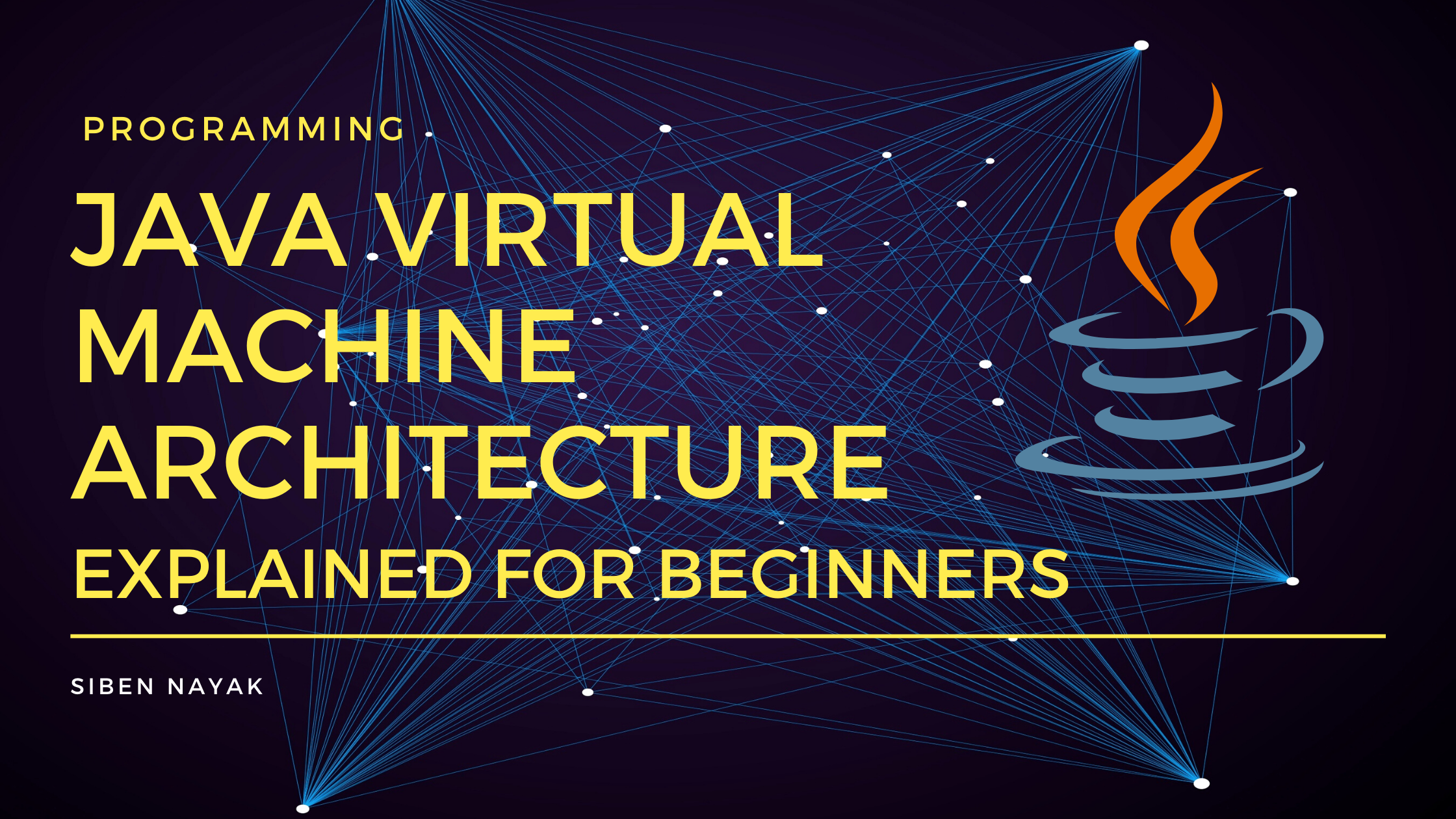