Git is a version control system that developers use all over the world. It helps you track different versions of your code and collaborate with other developers.

If you are working on a project over time, you may want to keep track of which changes were made, by whom, and when those changes were made. This becomes increasingly important if you end up having a bug in your code! Git can help you with this.

But Git can also be a bit scary and confusing when you first start learning it, so in this article I will introduce Git in a humanly understandable way. We’ll cover topics such as repositories, commits, branches and much more, so let’s get started!

Here’s what we’ll go over in this article:

Git is a version control system that you download onto your computer. It is essential that you use Git if you want to collaborate with other developers on a coding project or work on your own project.

In order to check if you already have Git installed on your computer you can type the command git --version in the terminal.

GitHub is a product that allows you to host your Git projects on a remote server somewhere (or in other words, in the cloud).

It’s important to remember that GitHub is not Git. GitHub is just a hosting service. There are other companies who offer hosting services that do the same thing as GitHub, such as Bitbucket and GitLab.

How to Get Started with Git

You can either use Git by typing commands in the terminal or you can use a graphical user interface (GUI) such as Sourcetree or GitKraken.

If you choose the terminal, you will have to look up which Git commands you will need.

Luckily you don’t have to learn these by heart. Other than a handful of commands that you will use most often, the rest you can look up whenever you need them (this is what most developers do, even those with decades of experience). Git offers in-depth documentation on their website.

If you choose to use a GUI, then the various actions you need to take will be displayed in a more visual manner.

Whether you choose to use the terminal or a GUI, you will need to understand the basics of how Git works in order to use it confidently.

For the rest of this article, we will share examples using Git in the terminal. But the steps we share are very similar if you are using a GUI.

How to Prepare your Project Folder in Git

To use Git we need to have a project that we want to version control. This can either be a new project or an existing project.

If we were to choose an existing project then we simply navigate into that project folder in the terminal.

In our example, we will create a new project folder called novel.

How to Create a Git Repository

Once we are in our project folder, in order to start using Git we will need to create (or initialize) a repository using the git init command.

Once we execute the command by typing it in the terminal and pressing enter, it will probably seem like not much happened. But don’t be deceived, Git can be sneaky sometimes and it carries out a lot of actions behind the scenes.

In order to view hidden files in the terminal we can use the command ls -a.

What we should see now is a .git folder inside our project folder. This is generally what represents our repository.

What is a Git Repository?

The repository is the .git folder inside our project folder. It will track all the changes made to the files in our project and record that history over time.

The repository that we have on our computer is referred to as the local repository.

Earlier we mentioned hosting services such as GitHub, GitLab and Bitbucket. When we push (in other words upload) our local repository to one of these services, then the repository that resides in these service in the cloud is referred to as the remote repository.

It is important to use a remote repository in order to be able to collaborate with other people as well as to backup our projects in case something happens to our laptop or computer.

How to Collaborate with Other Developers Using Git

If another developer wants to collaborate with us on our project then they can clone (or in other words download) the remote repository from the hosting service you uploaded it to their computer.

In a project with multiple developers, each one has a local repository on their computer. And there is one remote repository that they all contribute to and they use it to share their work.

How Does Git Track Changes?

In order to save different versions of our project in Git we will make commits.

What is a Git Commit?

How Do I Make a Commit in Git?

In order to understand how we make a commit we need to learn about three different spaces inside Git — the working directory, staging area, and commit history.

The working directory is basically represented by the contents of our project folder (hint: a directory is the same thing as a folder). It is sort of like a work bench, where we can add, edit, and delete files in our project.

The staging area and commit history are part of our repository.

The staging area is sort of like a rough draft space. It is where we can add updated versions of files or remove files in order to choose what we want to include in our next commit (version of our project). In the .git folder the staging area is represented by a file called index.

If you have an existing project then you will edit some of your existing files, add new files, or delete files.

Next, we can use the git status command. This command will tell us the state of our working directory and staging area and will tell us if there are any differences between the two.

In our example, we added just one new file to our new project. When we use the git status command, Git tells us that we have an untracked file in our working directory and that we need to use the git add command to include it in what will be committed. Which takes us to step 2.

In our example, we add the only file we have in our project to the staging area using the git add command and passing in the name of the file. Then if we use the git status command we will see that Git will tell us that we have added our file to the staging area.

Finally, to make the commit we use the git commit command with -m option and pass in a commit message, for example git commit -m "this is the first commit".

We can then use the git log command in order to list all the commits we have in our project in reverse chronological order. In our example we only have one commit.

Now we have made our first commit in our project! In other words we have saved the first version of our project.

The commit has a 40 character commit hash. A commit hash is 40 letters and numbers that act as a name for the commit or a way to refer to it.

We can also see information such as who made the commit, when the commit was made, and the commit message.

What is a Commit History in Git?

There are more complex cases when we get into the realm of multiple branches and merges, but that is out of the scope of this article.

Finally, What is a Branch in Git?

A branch is a pointer to a commit. The default branch in Git is called master or main.

We can see that a branch is a pointer to a commit by going into the .git folder and then opening the refs folder, opening the heads folder, and finally opening the file called master. Inside this file we will find that there is a hash. This is the hash of the commit that our master branch is pointing to.

We can once again use the git log command to list all the commits in our repository and we will find that that hash lines up with the commit that has the master label next to it in parentheses.

In the terminal, we can see a list of all the branches by typing in the command git branch.

Branches are really important because they make it a lot easier to collaborate with other people and to work on multiple features or different parts of your project at the same time.

As we make more commits, the branch we are on will update to point to our latest commit.

If you’ve made it this far, congratulations! There is a whole bunch more to learn about Git, and in this article we only scratched the surface. Feel free to check out some more resources to learn Git down below!

It is specifically designed for people transitioning into tech from non-technical backgrounds and it has become a highest rated course on Udemy with a 4.8 star ⭐️ rating and more than 600 satisfied students (check out the student review, they speak for themselves). And the first eight lessons are a free preview so feel free to take a peek! 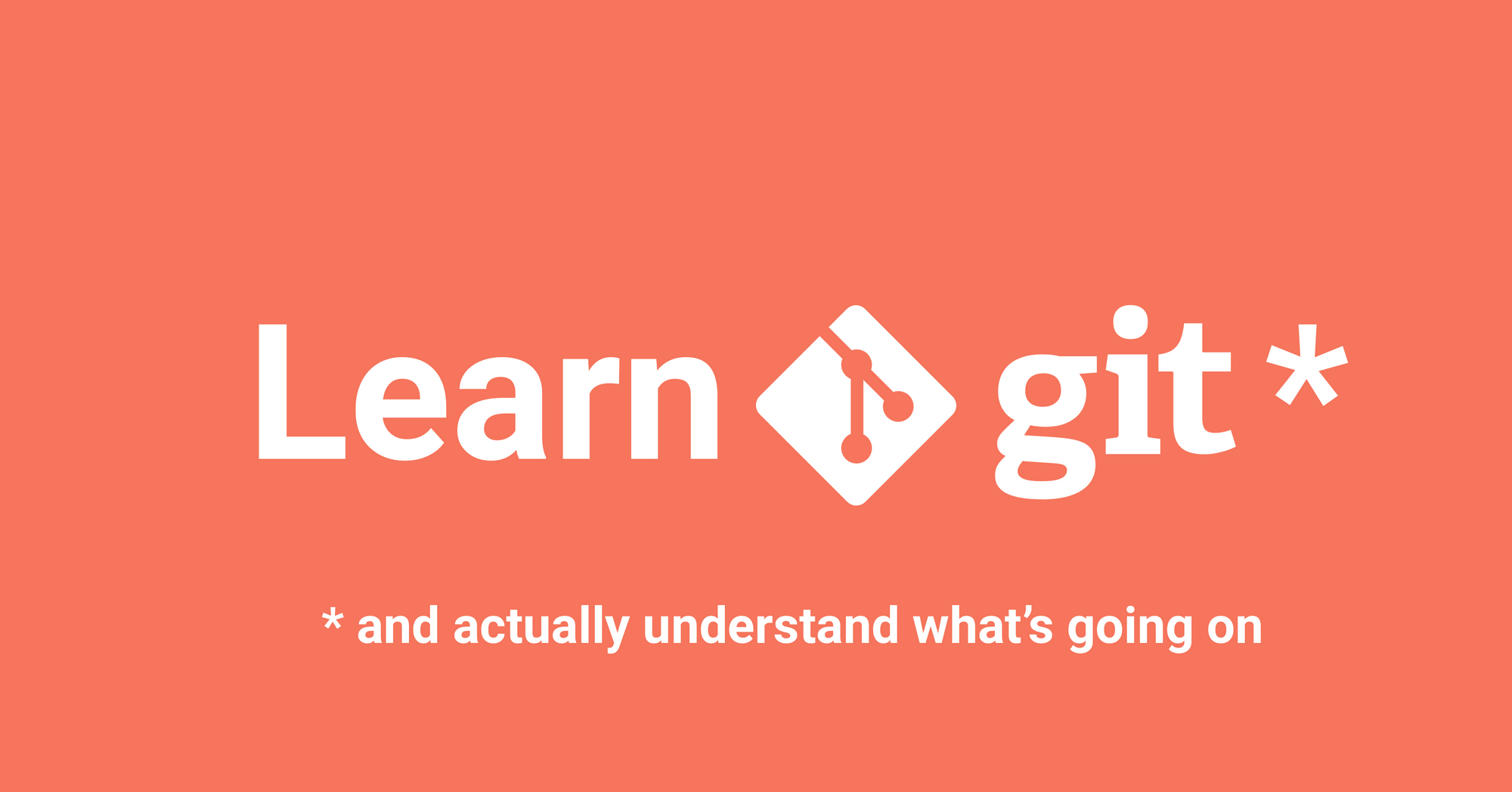